Welcome to a 10-part series that will mirror my Youtube Strength Series.

Here you will learn ALL the basics for Losing Fat and Gaining Muscle.

Your pancreas then releases Insulin into the bloodstream, and you temporarily stop burning fat while your body deals with the food you just digested.

Your muscles and your fat cells respond to insulin by getting ready to absorb the nutrients from the meal you’ve eaten. By releasing insulin your body is trying to return your blood glucose to a normal level.

How much insulin your body releases depends on many factors, but we’ll focus on two:

Let’s start with blood sugar, which brings us to the Glycaemic Index.

The Glycaemic Index is “the relative ability of a carb-containing food to increase your blood glucose levels measured from a fasted state”, and that depends on how fast you digest the food. 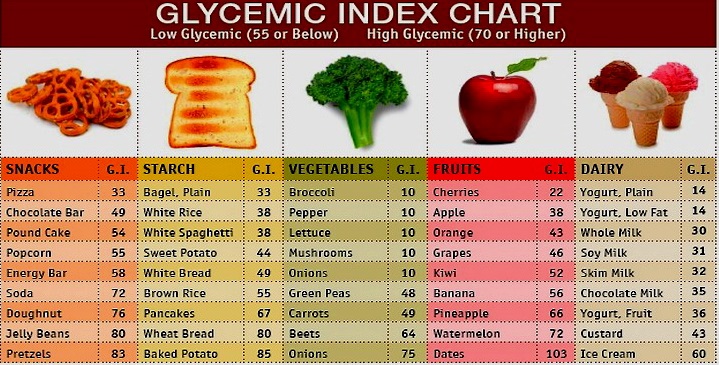 Another important consideration is Glycaemic Load, which takes into account whether the food is High or Low GI, but also how many grams of carbs it contains.

You can eat a large quantity of a Low GI food, like Oatmeal, and still have the potential to spike your blood sugar levels. You could also eat a very small serving of a high GI food, like honey, and it won’t have as big an effect.

Diabetics can use Glycaemic Load to assess a meals suitability for maintaining stable blood sugar levels. 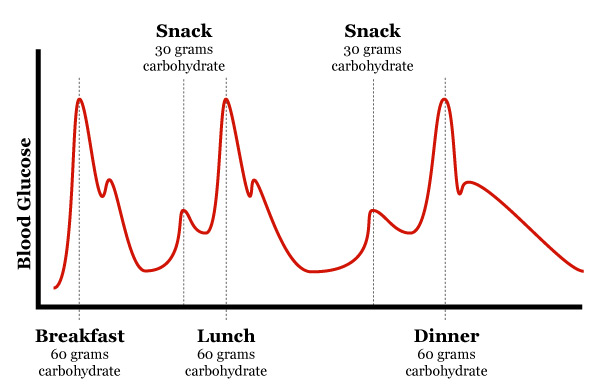 Since blood glucose ties into your energy levels, the best thing for you is a slow and steady release throughout the day. The one exception to this is after a workout, where you want to replenish your Glycogen.

Your muscles store carbohydrate in the form of Glycogen, which fuel your workouts as well as your daily activities. For an athlete the (very) rough rule is 8-10 grams for every kilo of lean body mass. If you weighed 65kg with 10% body fat, you would have about 500-600 grams of glycogen stored in your muscles. There’s also a small amount stored in your liver. 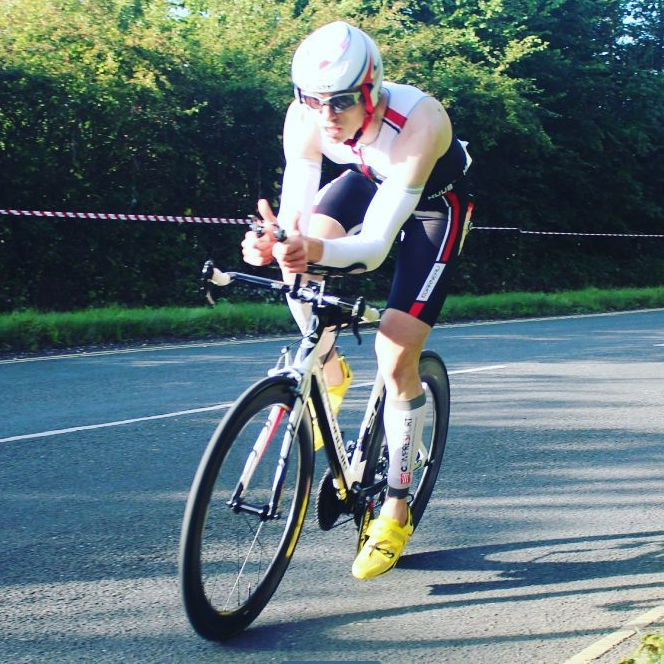 It’s important to replenish glycogen during endurance events, so athletes will take on gels and sports drinks

If you run or lift weights, your glycogen stores will be depleted. How depleted they are depends on the intensity and duration of the workout. If you’ve heard of marathon runners “hitting the wall”, that’s when their body runs low on glycogen. When this happens, the body has to switch to burning fat as its primary fuel source.

Your body can’t convert fat to energy nearly as efficiently, making your running suddenly feel a lot tougher. Your brain also runs on glucose, so if your brain and body are competing over a tiny share you’re going to feel pretty crap.

Once you’ve exercised and your glycogen is depleted, you’ll want to replenish it. Here’s a good place to put Higher GI foods. Try to take on around 30 to 80 grams of fast digesting carbs along with a protein source. That’s going to release insulin and send all those nutrients straight to your tired muscles. You don’t need to trigger a massive insulin release, so don’t feel like the more carbs you eat the better.

If you’re trying to gain muscle, you will also want to create an insulin spike first thing in the morning. Your glycogen stores have dropped overnight, so you need to top them up for the day. Here you probably want half what you would use after a workout, and fresh fruit is a popular choice because of the way it’s digested.

So to recap, you want foods that keep blood glucose steady all day, except for breakfast (for muscle gains) and after your workouts.

The second factor I mentioned earlier was insulin sensitivity. That is the amount of insulin your body releases to deal with a spike in blood sugar. The more frequently you ask your body to deal with these spikes, the less efficient your receptors become at taking glucose out your bloodstream. To get your blood sugar levels to come down, your pancreas will release more and more insulin.

If you insist on spiking blood glucose all the time, your insulin receptors become more and more resistant. This will eventually leads to Type II Diabetes. 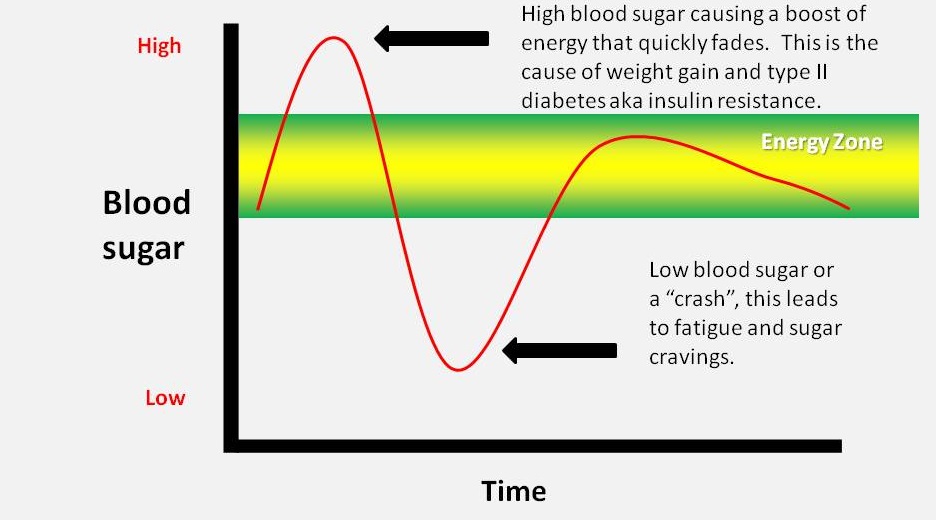 When a meal spikes your blood sugar too much, you may experience a “crash” later in the day

If it sounds like your diet is creating these spikes throughout the day, then you are slowly becoming insulin resistant.

The more insulin resistant you are, the more likely your body is to store carbs as fat any time you eat them

All that extra glucose in your bloodstream also gets stored as body fat and as cholesterol. As well as that, because your receptors aren’t absorbing properly, your body might not be getting all the nutrients from the foods you eat.

It’s vitally important that you eat a well balanced diet and control your insulin. The more body fat you carry the higher your insulin resistance is likely to be. Control insulin and you control body composition.

In the next episode I will talk about how to INCREASE your insulin sensitivity. This should be your goal whether you’re trying to gain muscle or lose fat. 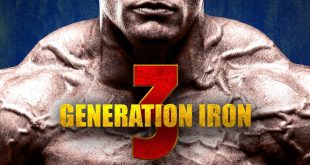