Welcome to a 10-part series that will mirror my Youtube Strength Series.

Here you will learn ALL the basics for Losing Fat and Gaining Muscle.

In Lesson 6 I mentioned Insulin Resistance. If you are insulin resistant you’re more likely to store any carbohydrate you eat as fat.

Insulin is released by the pancreas whenever you eat carbohydrate, or large portions of protein, to remove glucose from your bloodstream. You have receptors that activate in the presence of insulin and start clearing that glucose.

If you eat lots of sugary foods and snack through the day, your blood sugar keeps spiking and triggering insulin release. Eventually your receptors don’t respond as well, which forces your body to release more insulin to activate them and deal with the same amount of glucose. 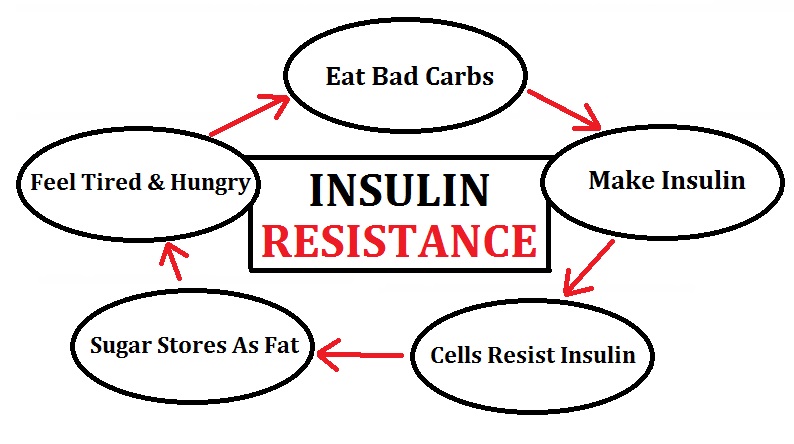 Insulin resistant people release 5 to 7 times as much insulin as a normal person. That’s a problem, because…

“in the presence of any insulin, ALL fat burning hormones are shut down”

When you eat carbs, your body switches off fat burning in order to deal with what you just ate.

Your goal is to be more sensitive to insulin, because we’re talking about those receptors in your body. You want them to jump into action from just a small release of insulin. This should be your goal whether you’re trying to lose fat or gain muscle. That’s because as well as keeping you burning fat by controlling insulin it can also help you build muscle more effectively.

So with that in mind, here are 15 ways you can increase your insulin sensitivity starting today.

The better you stick to these guidelines, the sooner you can restore your insulin sensitivity. If you think you might be insulin resistant, you can check out a great video by Dr Eric Berg below. To borrow from his checklist, symptoms of chronically elevated insulin levels include:

Skip to 9:00 in the video below to hear Dr Berg discuss Insulin Resistance