This week I sat down and watched Generation Iron 3, let’s get right into it.

While the balance was just right with the number of storylines in G.I. 2, this instalment tried to pack in a few too many for my liking. From India’s first bodybuilder Sheru Aangrish, to promising 25 year old Regan Grimes and IFBB Pro Whitney Jones, there’s simply too much to take in.

It opened with Kai Greene, who I like more every time he speaks. He was in G.I. 2 exploring a life beyond bodybuilding and his cameo was one of the most interesting parts of the documentary. He said bodybuilding should be a foot in the door and to go beyond that you need personality and something more to you, otherwise it’s “just sets and reps”.

There’s an overview of the changes to classifications, with what most know as bodybuilding being labelled “Men’s Open”. There’s “Men’s Classic”, which is growing in popularity and comes with a height-based weight limit (e.g. 180cm would be 91kg/200lbs), then the oft ridiculed “Men’s Physique”. Why is it ridiculed? Take a look for yourself, these guys can (and often choose to) neglect training legs because on stage they wear board shorts.

Many long time fans and those in the industry see it as an attempt to dilute bodybuilding to gain a wider appeal, though with Men’s Open still around it shouldn’t be a concern to them.

On a similar note, we look at Women’s Fitness, which featured Ariel Khadr and the aforementioned Whitney Jones. Whitney has an ACL injury and is preparing to take the stage in a leg brace, which is difficult given the judging criteria. Only 30% of the marks are based on physique, with the other 70% going to an athletic/creative performance, similar to a gymnastics floor routine. It was impressive to see them balance a great body with functional strength and skills, though again it’s drifting from the true art that is bodybuilding.

Regan Grimes was another highlight, he seemed very laid back and genuine while still possessing an outstanding physique. We follow him as he prepares for Men’s Open which many say he is the future of. At only 25 he seems able to step back and assess his life as a whole and not make every decision based on bodybuilding, which is uncommon in elite performers.

The premise of the film was to explore bodybuilding across the globe, so by nature we need to cover a lot of different backgrounds. I haven’t mentioned the street bodybuilding of Ghana, Hadi “The Persian Wolf” Choopan, Rafael Brandao, Chris Bumstead, Arash Rahbar, Sheru Aangrish and Mikhail “Misha” Volinkin. It was all very disjointed and lacking flow, meaning I wasn’t invested in any single person throughout. Overall I have to make sure I score it lower than G.I. 2, meaning it has to limp in at 3.5/10. 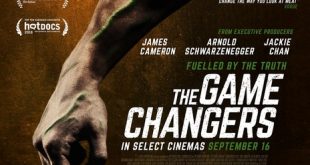 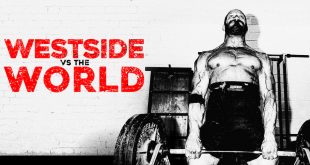