This documentary covers the use of Adderall in America, and more widely the consumption of prescription stimulants.

Prescription stimulants are a $13 billion industry and one that only appears to be growing.

The focus (pun intended) begins with Adderall, an amphetamine commonly used by college students for studying and taking exams. The benefits are those of a traditional stimulant: the ability to work with more intensity and for a longer period of time. Despite being illegal to do so, students with prescriptions sell their pills to others and it’s incredibly common to be taking them. As someone who went to university in the UK, I hadn’t heard of Adderall and was surprised so many had ventured beyond caffeine for intense revision and fast-approaching deadlines.

Amphetamines reached the market in the 1930’s, initially as Benzedrine as a prescription for mild depression. The feeling of well-being was strong enough that even those without a medical reason sought to take it. Later it was re-branded as a treatment for ADHD. America has diagnosed 11% of children as suffering from ADHD, often at an early age. Demand for Adderall was driven by competition, both in school and beyond, to be the best and perform optimally at every task assigned to you.

It’s not seen as much of a problem compared to similar substances like meth-amphetamines, mainly due to the calibre of people taking them. We meet computer coders, businessmen and a former NFL player who have all used Adderall to gain an advantage over others. In many cases work colleagues are already taking it, so they are only really levelling the playing field.

Getting hold of it in colleges is as simple as buying the pills from someone else, since it’s so commonly prescribed. In the sports arena the use of Therapeutic Use Exemptions allowed athletes to justify their continued usage of the drug. While the benefits initially outweigh any side effects, that’s not the case forever. Problems can include: liver problems, cardiovascular issues, risk of psychosis, addiction and dependence. Furthermore one study appeared to show no real cognitive benefit to the drug for those who don’t require a prescription. They postulate that your sense of over-confidence leads to a false sense of enhanced mental capacity, without measurable results.

The final part discusses other smart drugs like the class known as Nootropics. This is a subject i’ve heard a lot about from podcast hosts such as Tim Ferriss and Ben Greenfield. Ben is an advocate of Nootropics, while Tim was formerly in the smart drug business and often micro-doses LSD (5-10% of a full dose).

I found this to be quite an eye-opening documentary, particularly as a UK resident who hasn’t been exposed to the there’s-a-pill-for-that culture in America. They weren’t pushing an agenda, it was an honest and open account of the problem and profitability of amphetamines in the U.S. If you have are into bio-hacking and self improvement then this will likely be of interest to you. 7.5/10 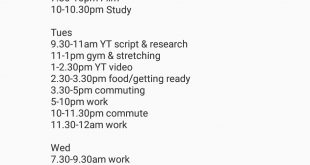