I tried out this workout which is lifted directly from an article on T-Nation called “No Weights Big Wheels”. The appeal was that it’s body-weight only leg training and I was curious to see the effect it would have.

It’s a single session a week, done in conjunction with your existing leg workout, so you substitute one of your leg days for this. Note that my whole 8 week training can be found in the training forum.

There are only four exercises, technically the last one requires a bench but since you aren’t lifting a weight it still falls under ‘body-weight only’ leg training.

Walking Lunges have always been a “finisher” to me, so it was unusual to start my workout with them. They were also seriously high volume, starting with 300 per leg, which I did as 5 x 60 with 2 minutes rest. My legs were so sore after the first session they hurt going into session 2 a full week later. In the final week I stuck on a heavy metal playlist and grinded out 5 x 100 per leg with 3 minutes rest, for a total of 500 walking lunges per leg. I adapted quite quickly though and by this time it was only 2-3 days of soreness.

Sissy Squats were something I’d heard of but never tried, and I’m aware there’s a machine in commercial gyms to do them. These really lit up my quads and I’ve since included them in leg sessions because they feel so effective. Each week is simply 4 sets of maximum reps, which for me was around 10-12 reps in each set.

Swiss Ball Hamstring Curls are a staple hamstring exercise and have been part of my leg day on and off for years. There’s a two second pause in the bent leg position and a total of six sets for maximum reps. This started at 6-8 reps but by the final week I could do sets of 14 reps.

Glute Raises were entirely new to me and I really liked them. It’s important to have constant tension in the glutes as it’s quite easy to strain a muscle here. I was pushing my feet against a bar loaded with 100kg and even then it shifted off the pins, so make sure you have a stable support to push off. Once again you’re looking at maximum reps across 4 sets, which was 8-9 in week 1 and 13-14 by week 8.

I was doing this program because I felt quite skinny and so was starting with a body-weight of 70.4kg (155lbs) with 22 inch thighs.

Over the 8 weeks I put on 2.8kg (6lbs) and increased the size of my glutes, as well as putting over an inch on my thighs, and my waist stayed roughly the same.

I was pleased with the results and enjoyed being introduced to new leg exercises that seemed very effective. At the start there was either a Beginner or Advanced lunge protocol and I would have liked something in between. If you can believe it I thought that 500 walking lunges per leg was slightly excessive and having done it I would have capped it at around 400 lunges. The fatigue from the lunges also meant my regular leg session each week didn’t see much progression, so that’s something to bear in mind if you try this out. 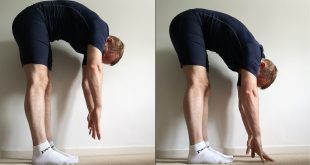 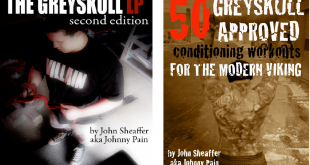