The vegan diet centres around the avoidance of all animal products, including food derived from an animal such as milk and eggs. Veganism itself extends to a philosophy that animals should not be used as commodities and includes avoiding products that have been animal tested or have harmed animals during production.

If you believe heavily biased documentaries such as Cowspiracy and What The Health, or vegan-run sites like https://nutritionfacts.org/ you could be forgiven for thinking meat is poison. In reality, the vegan diet is more of a stance against the mistreatment of animals than it is about improving your health.

The majority of negative health claims about “meat” as a whole don’t hold up when you remove processed meat from the argument. Pasture raised eggs and grass fed beef are not comparable to eggs from caged hens or grain fed beef, which these documentaries conveniently overlook.

It’s a common misconception that without meat, vegans are super healthy and only eat vegetables, but it’s entirely possible to be an unhealthy vegan. The main concern is that Vitamin B12, whose main sources are animal products, cannot be consumed in high enough doses on a vegan diet to avoid health complications. It’s possible to eat several portions of vegan foods that are fortified with B12 each day, or to take a supplement.

Beyond that is the argument of protein, a major building block in muscle tissue and organs. If you know enough about nutrition you’ll also know this is completely untrue. I myself switched from Whey Protein Powder to a combination of Pea & Rice Protein, delivering the same 24 grams of protein per scoop. Good vegan sources of protein from real foods include legumes such as red kidney beans, lentils, buckwheat, quinoa, oatmeal, chickpeas (garbanzo beans) and soy products. There’s some concern that soy products, which contain phytoestrogens, have a negative impact on men’s health. The internet offers “the truth” both for and against, and since it isn’t essential I stay away.

If you are interested in becoming vegan, do your best to read up on the potential health pitfalls that lie ahead. Beyond Vitamin B12 and protein, the next problem could be that you don’t get sufficient calories and start to feel dizzy and light-headed. Pay attention not just to the ingredients on labels, but the calorie content as well. A hearty salad might only be 100 calories, compared to the 500-600 calories of previous meals. Include healthy fats such as Extra Virgin Olive Oil to boost the calorie content.

The rise in popularity of Veganism means that supermarkets and restaurants have become more accommodating to those following the lifestyle. Still, it’s one of the more difficult diets to follow and likely involves countless internet searches of the phrase “is ______ vegan”. I find people often get it wrong in the first week or so and end up feeling worse, so do your research and find suitable recipes and staple foods to live on. Remember diets don’t have to be an all or nothing, and reducing your consumption of meat is still likely to have a beneficial impact on the planet.

If you’re on the fence about veganism and don’t fully appreciate the animal welfare problems of meat-based diets, I recommend the documentary Dominion. 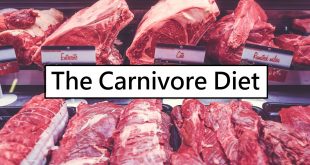 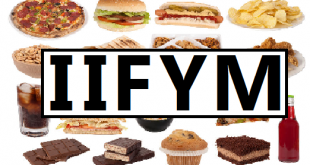 If It Fits Your Macros Diet (IIFYM)