To give it its full title, Lifespan: Why We Age – and Why We Don’t Have To, contains all the latest research in the field of ageing. The author is a Professor of Genetics at Harvard who tries to summarise decades of research done by himself and others into longevity.

The book is split neatly into three parts, Past, Present and Future. The past takes us through the early research and theories on the mechanisms behind ageing and whether those have since been debunked. There’s also plenty of biological explanations that a brighter mind is bound to appreciate, and for those of us lost in the terminology he adds real-life metaphors such as scratches on a DVD.

We demonstrated that the redistribution of Sir2 to the nucleolus is a response to numerous DNA breakages, which happen as a result of ERCs multiplying and inserting back into the genome or joining together to form superlarge ERCs.

The present is probably the part of the book most people are interested in when they read the title, A.K.A. tell us what we can do right now to slow ageing. I was familiar with many of the practices having listened to podcasts by Rhonda Patrick among others, techniques such as Intermittent Fasting or Time-Restricted Eating that have entire books dedicated to them, reduction in dairy and meat consumption, intense exercise and hot/cold therapy. Beyond that he touched on a few I wasn’t aware of, supplements such as NMN, Metformin and Resveratrol being the key prospects for life extension.

The future, well to be blunt, felt like the inane ramblings of a GCSE student who’s trying to blag their way through an essay question having done minimal preparation. It was very padded and repetitive, full of hope and optimism with nothing I considered noteworthy for several chapters. The three parts make up 310 pages and I would rather pay 3/4 the price and have him remove pages 211 through 283 (the very last section is a little more coherent and interesting).

I felt this worthy of a review but at the same time it is not going on my recommended list. If you want actionable insight then I would direct you to Rhonda Patrick’s website, where she goes in depth on Resveratrol, Sirtuins, Fasting, FOXO and the aforementioned Time-Restricted Eating.

Lifespan: Why We Age – and Why We Don’t Have To by David Sinclair

The Hallmarks of Ageing

Sirtuins are enzymes that remove acetyl tags from histones and other proteins and, by doing so, change the packaging of the DNA, turning genes on and off when needed. 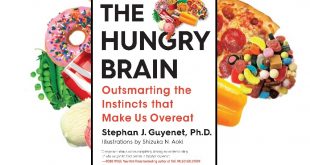 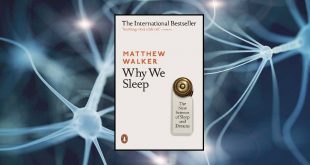 Why We Sleep – Book Review